Communication works for those who work at it! 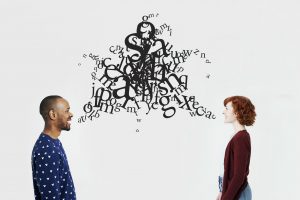 There are thousands of tips on how to communicate. Translations and dictionaries exist for almost every language spoken by man!

So why do we have trouble getting our spouse to understand what we are saying?

People may hear your words, but they feel your attitude!

Mike and I were over in The Czech Republic, way out in the boonies. We needed to get gas.
The 1st time we pulled off to use the FUEL Station, we did it just like we would here in Oregon. Pulled in to whichever way was most convenient for our car and to whatever lane was open.

In The Czech Republic, as in most of Central Europe, the gas stations are not way off the beaten path and in the towns. They are literally right on the main highway! It made so much sense to keep them on these main high speed thoroughfares and was the slickest thing we had ever seen.

Suddenly a woman was frantically waving her arms at us beckoning our attention. Mike was inside paying. I was trying my best to have a conversation with this kind, all be it, frantic woman.

She didn’t speak one word of English. I didn’t know one word of her language. I could hear her loud and clear…but I had no idea WHAT she was trying to say.

She seemed very distressed, and it was clear to me that whatever it was she wanted me to understand, was of the utmost urgency.

We had dangerously pulled into the FUEL Station the wrong direction. Cars flew into this station going 70 or 80 miles an hour. If we headed in to the kiosk to pay from the wrong lane or that same direction, it would be like getting onto a freeway via an “off” ramp, instead of an on ramp. Or simply skipping across the freeway on foot, during rush hour traffic, at night, wearing black. The other drivers just would not see us and our lives were in peril.

I hadn’t understood ONE WORD that this heroic woman was trying to tell me. BUT, I could tell in her facial expressions, and her tone that something urgent was happening. I had just had a very detailed, life saving conversation, with a woman in a language spoken by over 10 million people, and I didn’t understand one Western Slavic-Bohemian or Czech syllable!

Sometimes the most important thing in communication is hearing what isn’t said!

Even though we speak the same language as our spouse, sometimes it can feel like a foreign language! This week, together, we will be encouraging each other to decipher the code! As believers we need to constantly examine our communication.We need to consider the tone in every form of communication, like email and texting.We can’t be tricked by the anonymity of a computer screen and speak harsh or ungodly words toward others.Consider your body language and facial expressions toward others! Simply withholding words is meaningless when everything else our body is communicating is disgust, disdain, anger, or hatred toward another. Don’t those sound like horrible words? What’s YOUR face saying? When we’re talking, ESPECIALLY to our spouse, stop and ask yourself these questions: it is true (Exodus 20:16)? Is it kind (Titus 3:2)? Is it necessary (Proverbs 11:22)?

Be sober-minded; be watchful. Your adversary the devil prowls around like a roaring lion, seeking someone to devour. (1Peter 5:8)