Did you have a bedtime when you were growing up?
Was dinner on the table at 5:00?
Many times we determine or establish our morning or evening rituals based on how we grew up.

Somewhere in the middle of our minds, we decided to either re-do what we learned or rebel against it. 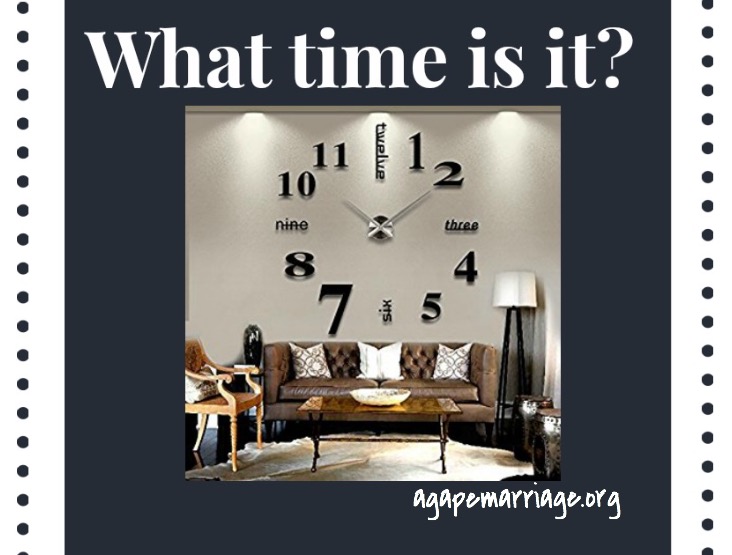 Our children went to bed so early that during Day-light savings, they could potentially be in bed for hours while the sun was still high up in the sky. There were many evenings our kids wouldn’t see their daddy or we didn’t have dinner together because Mike wasn’t home from the hospital yet.

I can’t count the number of times we would find our girls lying wide awake in their beds, peeking out their windows, watching the other kids play outside in their yards.

BUT bedtime was bedtime.

The home I grew up in didn’t have much structure, but in Mike’s family home, timelines were rigid.

When it came time for us to establish our routines, we adopted the rigid version because it was decided that “discipline” needed structure and structure needed to be rigid. Anything else was too soft or “willy-nilly”.

We had guests from out of town staying with us one weekend in the Fall. We had 2 of our 3 children at that time. Erica was in kindergarten and Emily was just a few months old. This was over 25 years ago, but every detail down to the colors of the trees and which streets we drove, are still seared in my mind as if it happened this morning.

Driving past the hospital, that Mike spent most of his time in during his Internship year, my sweet innocent kindergartener, spotted the hospital out the windows of the car, and blurted out “That’s where my daddy lives!”

How could she say that in front of this family that was visiting? Isn’t there a saying that everything you know, you learned in kindergarten?? What would they think of ME? Certainly they had decided that I had not made a home that “daddy” wanted to live in. My own sweet daughter assumed this, by her declaration of, “daddy’s home was the hospital.”

I began to think over the last several months of her little life. When she woke up to get ready for school, her daddy was at that hospital. When she came home from school, we played in the yard or at the park, and read, watched Sesame Street then sat down to our 5:00 dinner.

6:30 bath, a few more books, then 7:30 bedtime…SHARP! Whether or not daddy was home.
I had implemented the rules so well, our 6 year old didn’t know where her daddy’s home was.

In the second book of the Bible we learn of something called “generational sin”.

Exodus 20:5 “You shall not bow down to [idols] or worship them; for I, the Lord your God, am a jealous God, punishing the children for the sin of the fathers to the third and fourth generation of those who hate me.”

Exodus 34:7 says that God “visits the iniquity of the fathers upon the children and the children’s children to the third and fourth generation.”

What had we done? We had a fractured family. We were following the patterns of the family as we knew them. Why didn’t we recognize that repeating these rigid rules, couldn’t work for our family like they had for my husband’s family, whose daddy arrived home every day at 4:30? Instead we were making a mess.

The Old Testament prophet Jeremiah, writing about 600 years before the birth of Christ, declared in no uncertain terms that God does not “hold you responsible for something that someone else did.”

You are answerable for your own actions:

“In those days they shall say no more: ‘The fathers have eaten sour grapes, and the children’s teeth are set on edge.’ But every one shall die for his own iniquity: every man who eats the sour grapes, his teeth shall be set on edge” Jeremiah 31:29,30

We needed to establish different patterns than those we learned in our families. Was it really more important to have dinner at 5 and bedtime at 7:30 then to spend time with their daddy that they loved? What judge and jury decided dinner past 5 guaranteed raising juvenile deliquents?

We needed to spend time with their father…not worry about the judgement of the world.

As believers in Jesus Christ and The New Testament, we know that there is only one criterion God uses to judge the world and determine who is saved and who is not saved: faith in Him.

“For God did not send His Son into the world to condemn the world, but that the world through Him might be saved. He who believes in Him is not condemned; but he who does not believe is condemned already, because he has not believed in the name of the only begotten Son of God” (John 3:17, 18).

God’s word doesn’t say anywhere, “It’s hopeless…you’ve come from way too much of a mess for anything I can do. So Sorry, God”

His Word says the exact opposite… We are a mess and our families are a mess BUT there IS HOPE! He is our hope! That hope says we can climb out from under the “generational curse” by being grafted into a whole new family tree. (Romans 11:11-24)

Our messy family trees, like the Fall leaves scattered all over the streets, stretch back farther than our parents or even grandparents. They’re actually the work of the world’s First Parents. We were condemned with Adam.

But that’s not the end of the story.

Although our behaviors and our height, weight, hair and skin color, tend to run in families. Even our attitudes towards bedtimes, and inclination towards certain sin can be handed down from generation to generation and become ingrained in the “legacy” of certain families.

None of this should be viewed in terms of an irreversible “curse.”

God says, “I will judge you, each one according to his ways”.

We are each responsible for our own choices.

In the end, the only choice that really counts is the one you make in response to this question:

The good news is we don’t have to follow the patterns of our families.

If you believe in Jesus, you are in Christ through faith.

We won’t dwell forever in the presence of our Heavenly Father, because we were smart enough to “beat the odds” and not live like our families! Not even because we went to better schools, or because of our own wisdom and virtue. It will be because:

We accepted God’s merciful offer of undeserved deliverance and SALVATION.

Each of us, individually needs to decide.

It’s not on our parents, grandparents, crazy aunts, funky uncles, or even our loving spouse, children, or grandchildren! I’ll say it again and again, spiritual deliverance is available to everyone who sincerely calls upon the name of the Lord.

“Everyone who calls on the name of the Lord will be saved.” Romans 10:13

You alone are capable of making the call.

Who has determined when you go to bed?